A lot of people know some of the most traded currencies in the world but they do not know the ones traded with most in 2022.

However, in foreign exchange and foreign trading, many currencies are involved. This is so in order to promote and make easy trading with other countries possible.

To know the most traded currencies in the world in 2022, one needs to know some basic currencies used by traders in Forex trading. 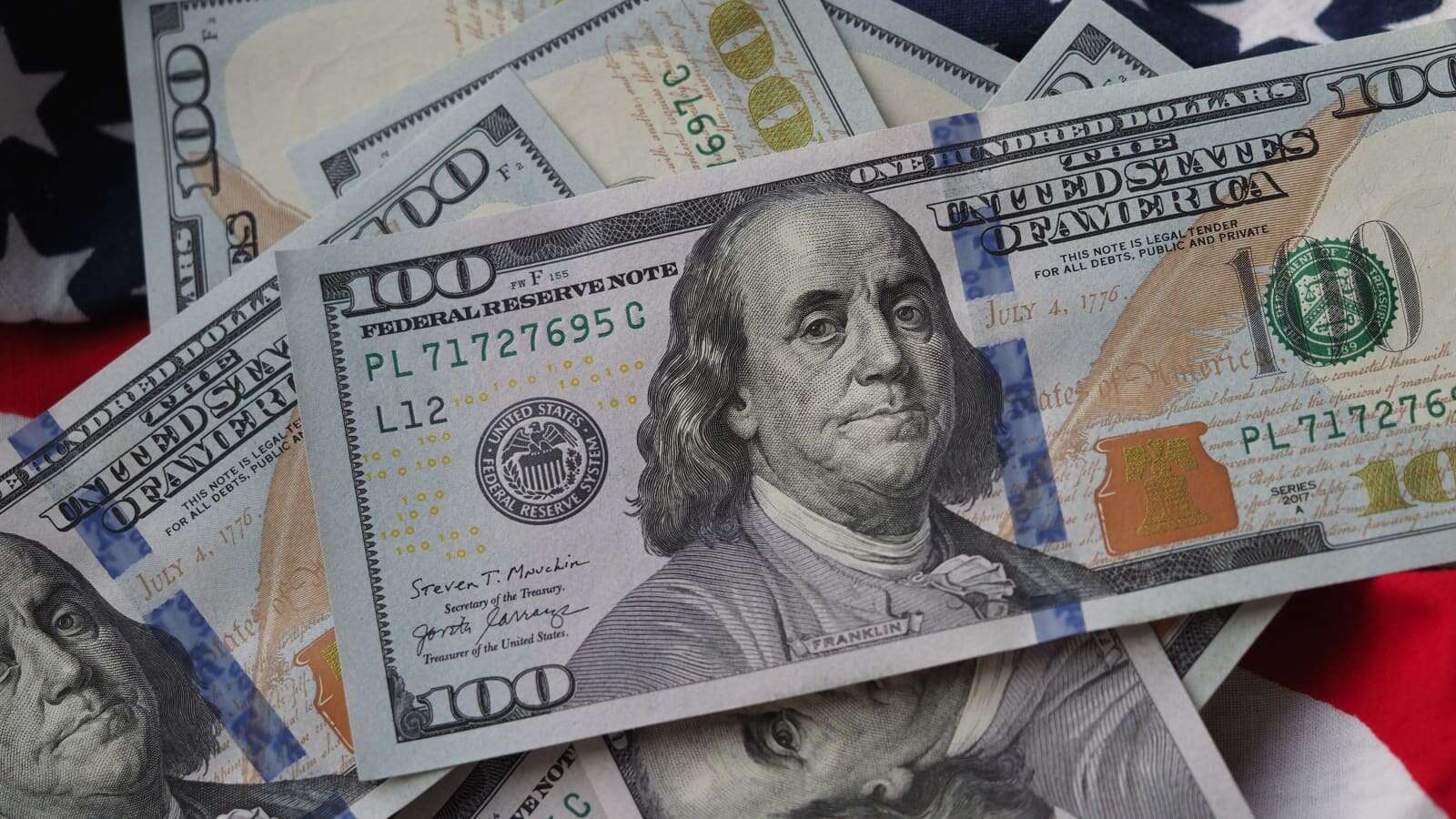 The U.S. dollar, also known as the “greenback,” is the most important currency in the world of forex trading. It has been routinely the most traded currency globally.

All of the other major currencies can be found in a currency pair with the US dollar. However, the currency is frequently the middleman in triangular currency exchanges.

This is because almost all central banks and institutional investors around the world hold the dollar, which serves as the unofficial global reserve currency.

Additionally, several nations have adopted the U.S. dollar as their official currency in place of their own, a move known as dollarization, as a result of the dollar’s widespread acceptability around the world.

While some countries continue to use their official home currencies, the U.S. dollar may be commonly accepted there as an alternate informal means of payment.

The U.S. dollar is also a key element in the foreign exchange rate market for other currencies. It always serves as a target rate or benchmark for nations that decide to fix or peg their currencies to the value of the dollar.

To the dismay of many economists and central bankers, China, for example, has had its currency, the yuan or renminbi, tied to the dollar for a very long time. The Euro is now the second on the list of the top 10 Most Traded Currencies In The World. However, the Euro comes immediately after the U.S Dollar.

The euro was launched to the world markets on January 1, 1999, and coins and banknotes went into circulation three years later. Currently, the Euro is now the official currency of the majority of the countries that make up the eurozone.

Many countries in Europe and Africa peg their currencies to the Euro. This is in addition to being the official currency of the majority of eurozone countries. This is done for similar reasons that currencies are pegged to the US dollar: to stabilize the exchange rate.

The euro is consequently the second-largest reserve currency in the world.

Due to its widespread acceptance and high level of trust, the euro is a common currency on the forex market. And it adds liquidity to any currency pair it trades with.

Speculators frequently trade the euro as a bet on the overall health of the eurozone and its member countries.

Large trading volumes in the euro can also be influenced by political developments within the eurozone. Particularly when they relate to countries like Italy, Greece, Spain, and Portugal, whose domestic interest rates fell sharply at the time the euro was introduced.

The most “politicized” currency actively traded on the FX market may be the Euro. Many people see it as a good indicator of the underlying health of Japan’s export- and manufacturing-based economy. The yen fluctuates along with Japan’s economy (in some respects).

Forex traders also use the yen to assess the state of the Pan-Pacific region’s economies. This is so since South Korea, Singapore, and Thailand’s currencies are significantly less traded on the international forex markets

Since the carry trade makes up a significant portion of the yen’s global footprint, the Japanese currency’s ongoing borrowing has made appreciation challenges.

Although the yen still trades on the same fundamentals as all other currencies. A significant factor in determining the yen’s value is its relationship to global interest rates. Particularly with the more widely traded currencies like the U.S. dollar and the euro.

READ ALSO: Top 10 Lowest and Weakest Currencies in The World 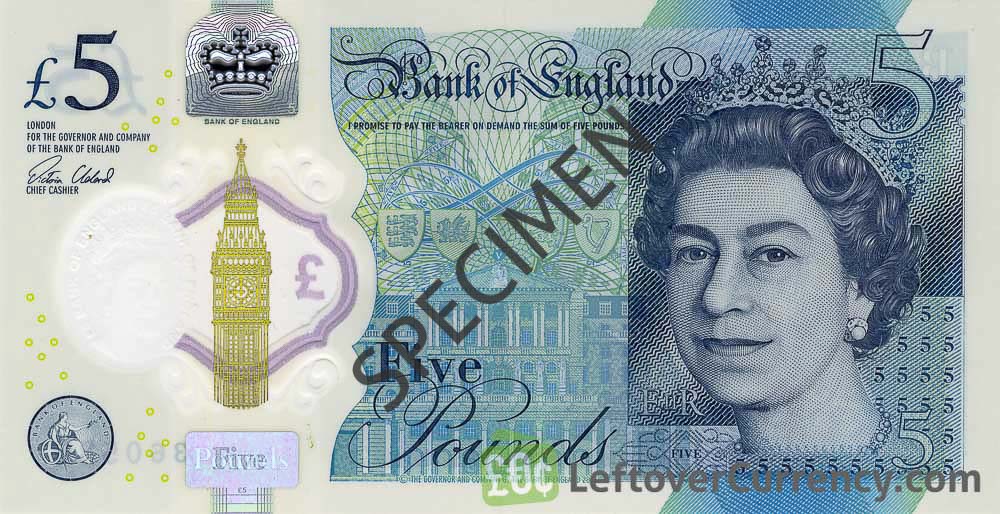 The fourth on the list of the top 10 most traded currencies in the world is the Great British pound also known as the pound sterling.

Despite being a recognized member of the European Union, the United Kingdom never made the euro its official currency for a number of reasons, including preserving control over domestic interest rates and historical pride in the pound.

As a result, in the UK, the pound is occasionally thought of as a pure play currency.

However, the overall health of the British economy and the political stability of the government is frequently used by forex traders to evaluate the value of the British pound.

Due to its historically high relative worth when compared to other world currencies, the British pound also serves as a sizable reserve currency. 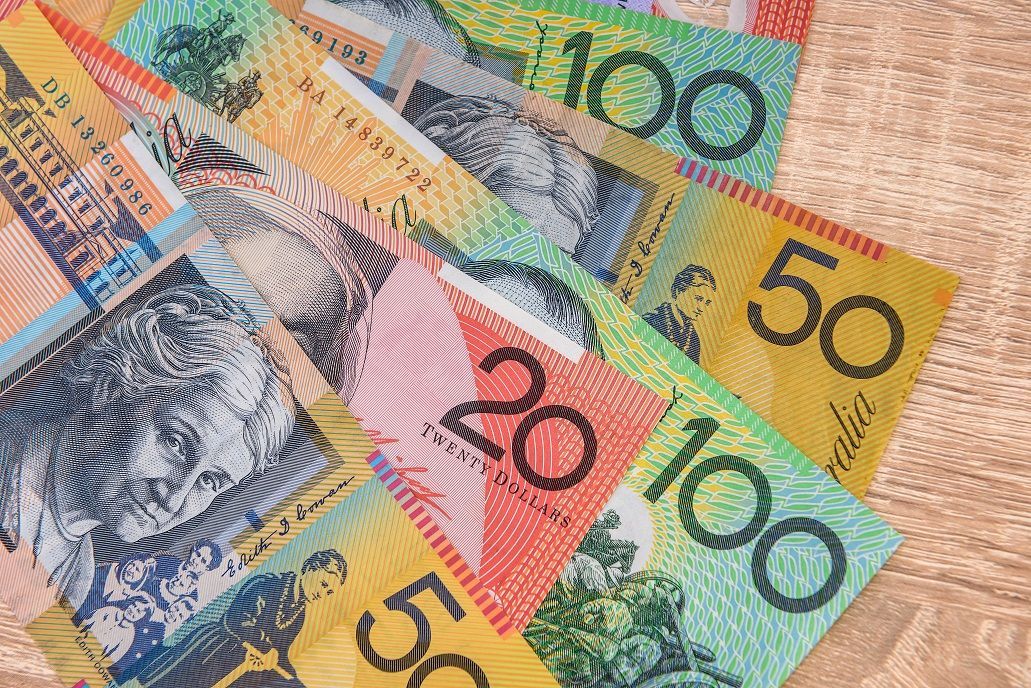 The Australian dollar also referred to as the Aussie, is one of the principal currencies of the Asia-Pacific area.

Since the Australian dollar is one of the most important commodity currencies, changes in the prices of Australia’s main exports can have an impact on the currency’s value.

The AUD-USD trading pair now dominates the dollar pairings for the Swiss Franc and the Canadian Dollar, accounting for 6.37% of worldwide forex turnover.

However, a lot of people use it for trading which made it to be among the most traded currencies in the world. 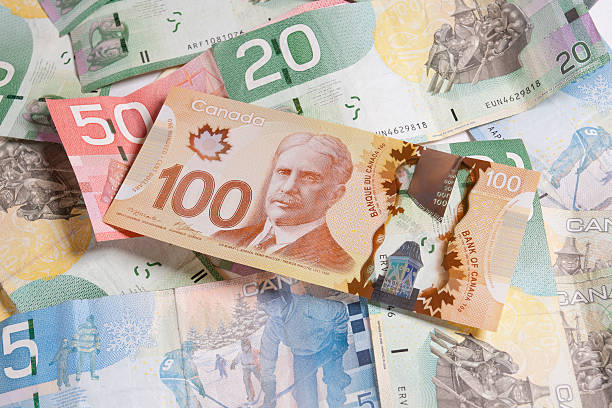 “Canadian currency of various denominations with the polymer based 100 dollar bill on top, showing Robert Borden.Similar:”

The Canadian dollar, commonly known as the loonie, is a commodity currency. It frequently fluctuates along with the markets for commodities like crude oil, precious metals, and minerals.

Given that Canada is a significant exporter of these commodities, the loonie frequently responds to changes in the pricing of underlying commodities, particularly crude oil.

The Canadian dollar is frequently traded by traders to speculatively predict the movements of commodities or to protect their positions in the commodities market. 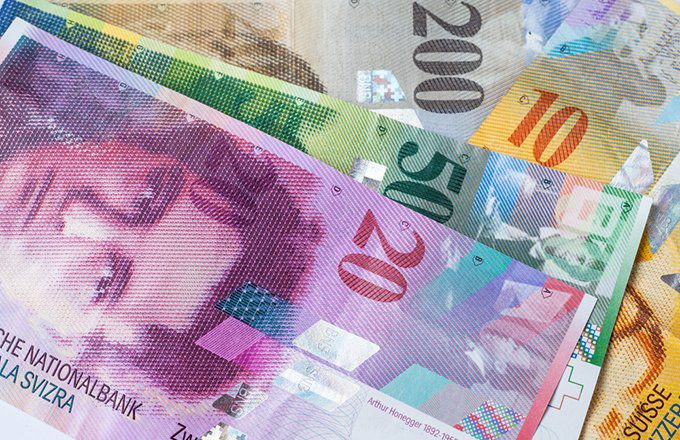 Nevertheless, the Swiss franc is one of the world’s most powerful currencies, maintaining considerable independence within the Eurozone.

Since 2005, the Swiss central bank has held 1,290 tonnes of gold reserves to safeguard the CHF, which has a 20% gold value backing.

The withdrawal of this backing occurred in 2014, although Switzerland’s strong banks, steady government, robust economy, and unwavering neutrality contributed to the currency’s continued standing as a “safe haven.”

As a result, when the global economy encounters a hiccup, CHF is frequently the first stop for forex traders. The Swiss franc makes up 2.48% of all worldwide forex trade, demonstrating the currency’s continued capacity to perform well.

The Chinese renminbi also called the yuan, is the most widely used currency in East Asia. The CNY, formerly a strictly regulated, non-fungible currency, has been partially convertible since 2012. Now it trades only within a constrained range determined by the Chinese central government.

The renminbi is convertible on current accounts only (as of 2013); capital accounts are not affected. The renminbi is gaining acceptance in international trade. Currently, it is being adopted as a reserve currency by more than a dozen African countries. CNY and USD are typically linked.

The renminbi (RMB) is divided into two following markets:

Due to the fact that the Chinese Renminbi is widely used in Asia and other parts, making it among the most used currency in the world.

The Hong Kong dollar is the tenth most traded currency in the world. The Bank of England supported the HKD while Britain was in charge of the State.

However, early 1980s significant volatility prompted the implementation of a linked exchange rate system in 1983. The result was that the Hong Kong dollar remained tied to the US dollar, supported by Hong Kong’s enormous USD reserves.

According to Hong Kong law, each freshly issued HKD must be backed by an equivalent amount of US dollars that are deposited.

HKD is frequently paired with USD and CHY. Also, it is seen as a stable pass-through currency to markets in mainland China. It makes up 1.77% of worldwide forex volumes.

The New Zealand dollar was introduced in 1967 to replace the colonial-era NZ pound. Since 1985, the NZD has been a completely floating currency after being initially linked to the US dollar.

The Kiwi has seen moments of overvaluation as the USD’s influence over it has diminished, forcing market intervention by New Zealand’s central bank.

Results from these interventions have been inconsistent, particularly in the time since the Financial Crisis of 2007–2008.

Today, the NZD trades significantly above the USD range established in 1985 and makes up 1.04% of all worldwide forex volumes. It is most frequently coupled with USD, GBP, and AU$.

Rounding off the list of the top 10 most traded currencies in 2022 is New Zealand Dollar.

Below is a brief summary of the The Most Traded Currencies In The World: