During an interview with ComingSoon, writers Josh Miller and Pat Casey spoke about their writing process for the Sonic the Hedgehog movies, including their penchant for Big the Cat. 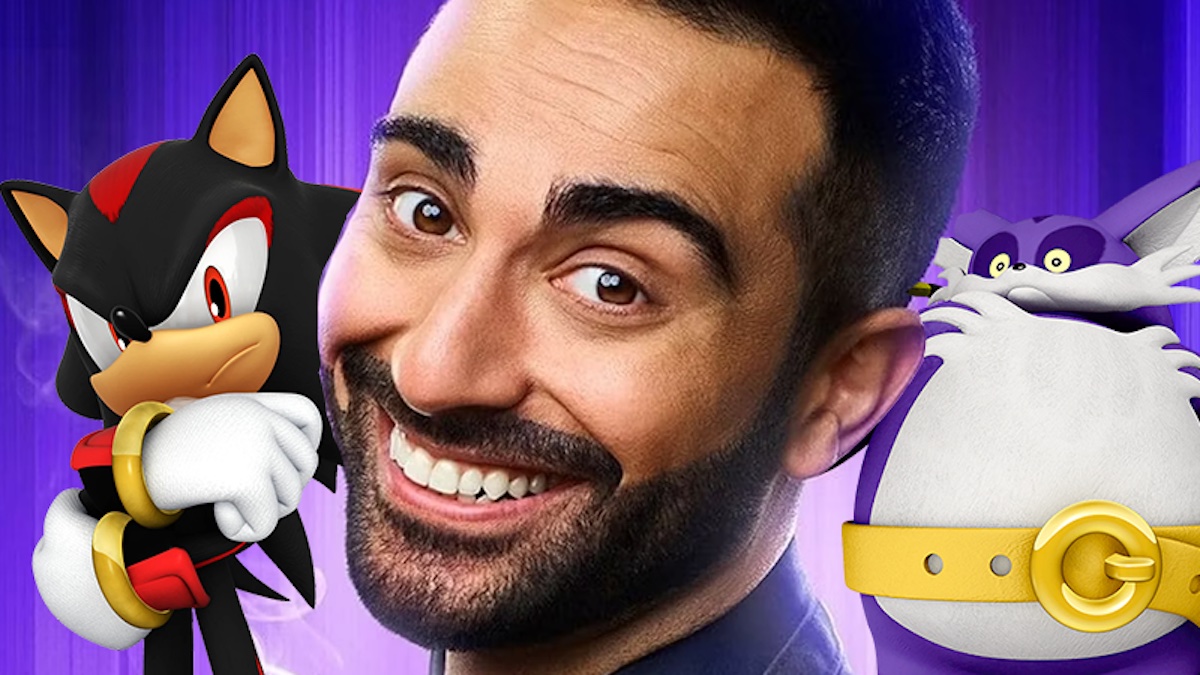 On the topic of Sonic’s iconic rival — Shadow the Hedgehog — who was teased in a post-credit scene in the second Sonic film, the writing duo elaborated on how such a serious character might fit into the more comedic film’s setting:

“That was a big challenge with us and Jeff [Fowler] and Toby [Ascher], breaking the story for Sonic 3 and, obviously, they’ll murder us if we reveal too much, but with a character like Knuckles it very quickly was easy to see how we’d make Knuckles work so you can take him seriously, but he can also be funny since this is a Sonic the Hedgehog movie,” Miller said. “You look to characters like Worf from Star Trek: The Next Generation or Drax from Guardians of the Galaxy. It’s easier to wrap your head around that with Shadow, again, because he’s not really supposed to be that funny. I’m trying to think of what we can say since we can’t reveal anything.”

“You have to look for it in the contrast between Shadow and Sonic and the other characters,” Casey added. “Because Shadow is a very serious guy, but you don’t want to make him into a big joke like Lego Batman or something because he’s got to carry a serious story. But yeah, we can’t really reveal much.”

When asked about how in-depth the two are able to get when it comes to Sonic the Hedgehog‘s expansive lore, the writers discussed the differences between the franchise’s various rights, as well as their affinity for Sonic Adventure‘s Big the Cat.

“One thing that makes our lives a little easier is that the rights for the games are different than the rights from the comics,” Miller explained. “So I think just wholesale, we can’t really use stuff from the Archie comics, specifically. That at least narrows down what kind of things we can be doing. But I mean, I think anytime we’re working on it … at some point gets real weird and crazy and then we have to get reined back in. I don’t even mean Pat and I specifically. The whole team does it, and they’re like ‘we can’t do that!’ Or ‘as big budget as these movies are, we can’t even afford that so let’s stop thinking about it.’”

“But we’re both pretty pro-Big the Cat,” Casey clarified. “At times, Big has had a cameo in basically all of these movies, and then we have to pull him out.”

Finally, Miller and Casey said they’re quite happy with the reception that Lee Majdoub’s Agent Stone has had with fans.

“We love that people have praised Agent Stone,” said Casey. “It is funny, because his role in the first one was not even quite as big as it was in the movie in the script phase, but Jim thought Lee [Majdoub] was so funny and kept calling him, he was like, ‘let’s get Lee in here. Robotnik should be saying this to Agent Stone.’ When we saw that first movie, we were like, ‘man, this Agent Stone is just killing it. So we’ve got to put more of him in the second one.’ The fans really, really embraced him. So that was the right decision. I love seeing all the Agent Stone fan art and stuff.”

“If anything working on Sonic 3 was gratifying — I mean it should definitely be gratifying for Lee, but I mean to your initial point of this character who’s not from the canon, and as Pat was noting, the initial version of him in the script wasn’t even really that interesting,” Miller explained. “There just needed to be someone there for Robotnik to talk to. He was even an amalgam of two different characters, and they’re just like, ‘this should only be one actor.’ But in the process of Sonic 2, we started working on it before the first movie came out. So Stone barely figured into Sonic 2 because we didn’t realize fans loved him so much. Then we’re like, ‘oh we’ve got to cram Stone into 2.’ So my point being is that now Sonic 3 was the first one that we started talking about after already seeing the love of Stone. I think it should be gratifying for Lee that Stone was getting talked about at the same level as Knuckles and Tails. There was never a version of Sonic 3 that Stone wasn’t going to be in a core character of.”

“After settling in Green Hills, Sonic is eager to prove that he has what it takes to be a true hero,” reads Sonic the Hedgehog 2‘s synopsis. “His test comes when Dr. Robotnik returns with a new partner, Knuckles, in search of a mystical emerald that has the power to destroy civilizations. Sonic teams up with his own sidekick, Tails, and together they embark on a globe-trotting journey to find the emerald before it falls into the wrong hands.”