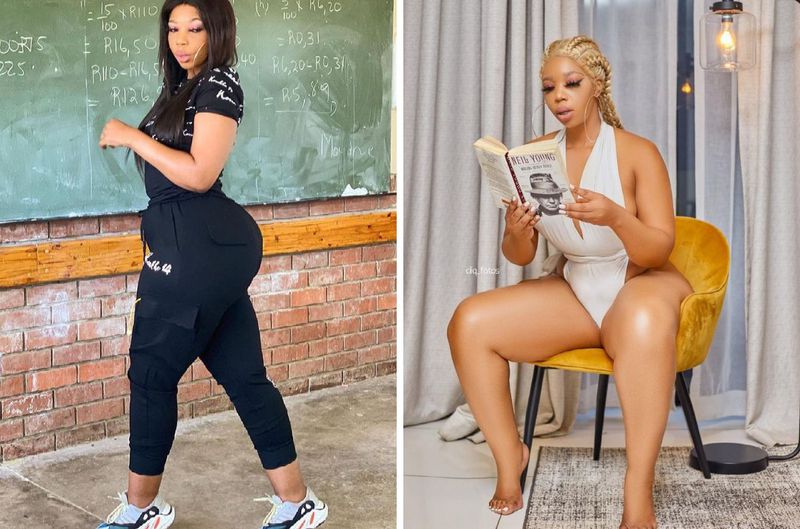 What happens when school’s out?  While this may have been the case for school teacher Buhle “Lulu” Menziwa when it comes to her “side-hustles”, many are finding it difficult to overlook her latest venture — posing nude online!

Menziwa, who is reportedly South Africa’s “richest” teacher, has courted controversy after posing a series of explicit pictures on her Instagram account over the past few months. In June, she posed a full-frontal picture of her in the nude. Her latest risqué post — baring her bum — was this week.

And many social media users are of the opinion that her posts are unsuitable for a teacher and warrant immediate dismissal.

Lulu Menziwa first made headlines in May when The South African reported on her net worth which allegedly amounts to R7 million.

The KwaZulu Natal mathematics educator – who usually posts her love of fashion on her Instagram account – has several “side hustles”, which include her own clothing and skincare line, as well as several lucrative endorsements

The teacher is also known for her famous curves and figure-hugging clothes she wears in the classroom.

But amid criticism of how her appearance may affect learners in the classroom, Menziwa clapped back on Instagram Live.

“My kids are younger, they don’t have the perverted mind that you have, so stop.”

But while the Department of Basic Education does not implement a “dress code” for educators, many are calling on authorities to take action against the female teacher.

The latest outcry follows Menziwa posting a series of pictures of her in the nude or scantily clad on her Instagram account.

On Twitter, users are demanding the teacher resign or even be sacked from her day job.

@karabeast_: “Lulu Menziwa is too unethical to be teaching people’s children. She must just resign and join OnlyFans.”

@sheabutterhun: “I wouldn’t want such a person to teach my kids. If it was a male we’d automatically think our kids aren’t safe, are they safe now because it’s a woman doing this?”

@BIOCHEMIST94: “As a teacher, it is very important to respect your image. What you do on the outside can have an impact on your profession. You are teaching teenagers who can at any time go through your IG pictures.”

@Siyabashaya: “I remember when people (me included) were in her corner, saying she can wear whatever she chooses in class. Seems like the attention went to her head and she’s now stripping on IG Live. There’s no way I’d be okay with this person teaching my children.”

@MPN_MSHIKA: “Teachers are supposed to be respectable, well behaving, self-respecting and exemplary figures. Not this clout chasing, teenage tendency stuck, self nude obsessed Instagram influencer masquerading as a teacher.”

@zurizare: “She needs to be fired. This isn’t cool for school boys.”