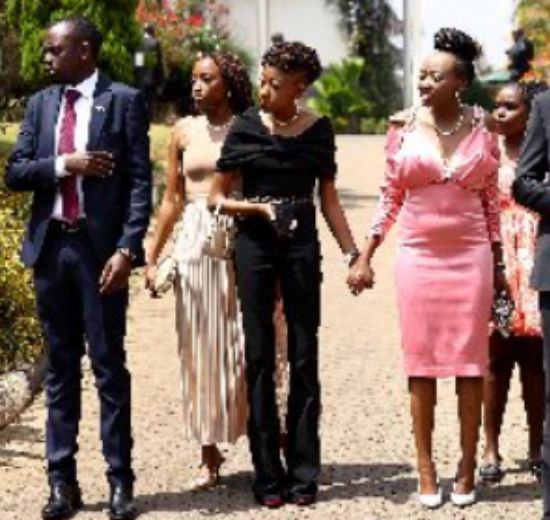 During the swearing-in ceremony of Principal Secretaries at State House Nairobi, President William Samoei Ruto on December 2, 2022, revealed that he was enduring pressure from his youngest daughter, Nadia, to help her with her assignments.

President Ruto had been speaking on the review of the Competency-Based Curriculum in Kenya as well as the resolutions that had been arrived at by the Presidential Working Party on Education Reform.

“It is also instructive to note that 60% of all the stakeholders that were engaged agreed that CBC is the right education curriculum but it requires some review and that is the journey that we are going to move on together as a country,” the president said.

“I know in the same report, there were suggestions from a majority of stakeholders again that the burden of costs on the delivery on CBC, especially on parents, should be reduced.

And I think the Committee will finally give us its report and also in that report, many parents suggested that they should do less for the education of their children and that the children are taking a lot of their time in the evenings.

I want to suggest, respectfully, that as parents, me included, I know I have pressure from my own daughter every evening asking me to assist on this or that assignment, and I want to ask all parents, that as parents we must know that the education of our children is not the entire responsibility of teachers, it is ours as well.”

The CBC curriculum has been debated for years since its launch in December 2017.

A section of parents and teachers lauded the curriculum for being competency-based as compared to the previous system where much of it was based on theory and examinations to evaluate a child’s knowledge.

However, others claimed the CBC curriculum was too expensive and favoured private schools over public ones where resources were little to none.

Exclusive: Eric Omondi on why he has been labeled a clout-chaser