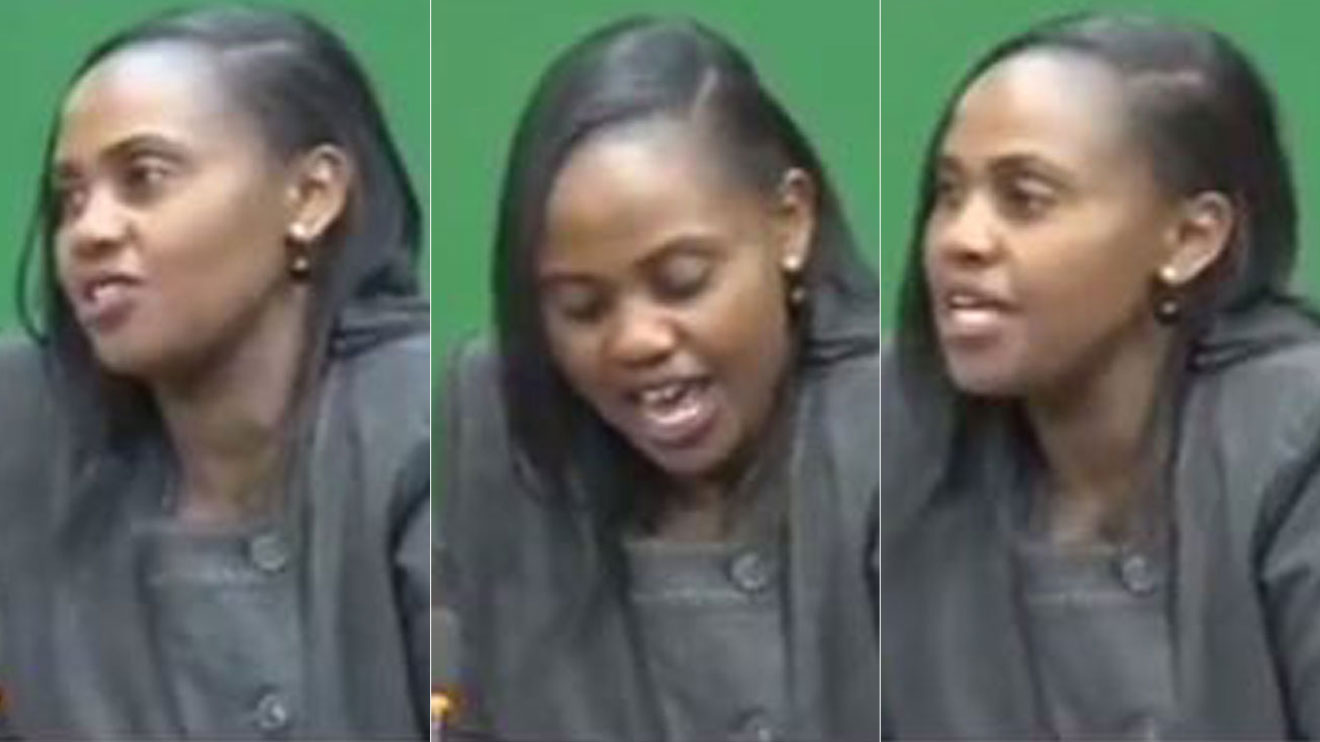 A nominated Nyandarua Member of County Assembly (MCA) has become the butt of jokes after being captured on video struggling to express herself in proper English during a county meeting.

In the viral clip, Milka Muthoni, who was delivering her speech during the county’s plenary sitting proceedings struggles sharing her sentiments in the Queens language in the less than five minutes she was meant to speak.

“I say thank you Mr Speaker Sir because you protect me in the whole country. I say thanks so much. I thanks the committee of house business to did a good job and also I support the appointment of Emmah Kibiru because she comes from my ward and the people of North Kinangop ward are very humbled because of nominations of Emmah. I thanks my area MCA Wambugu King’ori to give Emmah Kibiru blessings. I say thank you so much,” she says in the clip.

This Nyandarua county Assembly nominated MCA Milka Muthoni is very sharp, she should be allowed to communicate in Gīkūyū. That should be a standing order. She is struggling with this foreign language. pic.twitter.com/MH0IfbYT9h

Ms Muthoni also had it rough when making her maiden speech at the assembly. Although the speech was written, Ms Muthoni had difficulties pronouncing fertiliser and subsidy with her incoherence dominating the speech.

However, Ms Muthoni is not the only lawmaker in the country with poor mastery of English. Kapseret MP Oscar Sudi similarly struggled to read through his oath during the swearing-in ceremony of newly-elected legislators in the National Assembly.

The second-term parliamentarian stammered through the oath which lasted barely a minute and at some point the Clerk of the National Assembly stepped in to assist him. Mr Sudi’s academic credentials have been under scrutiny with a forgery case ongoing in court.