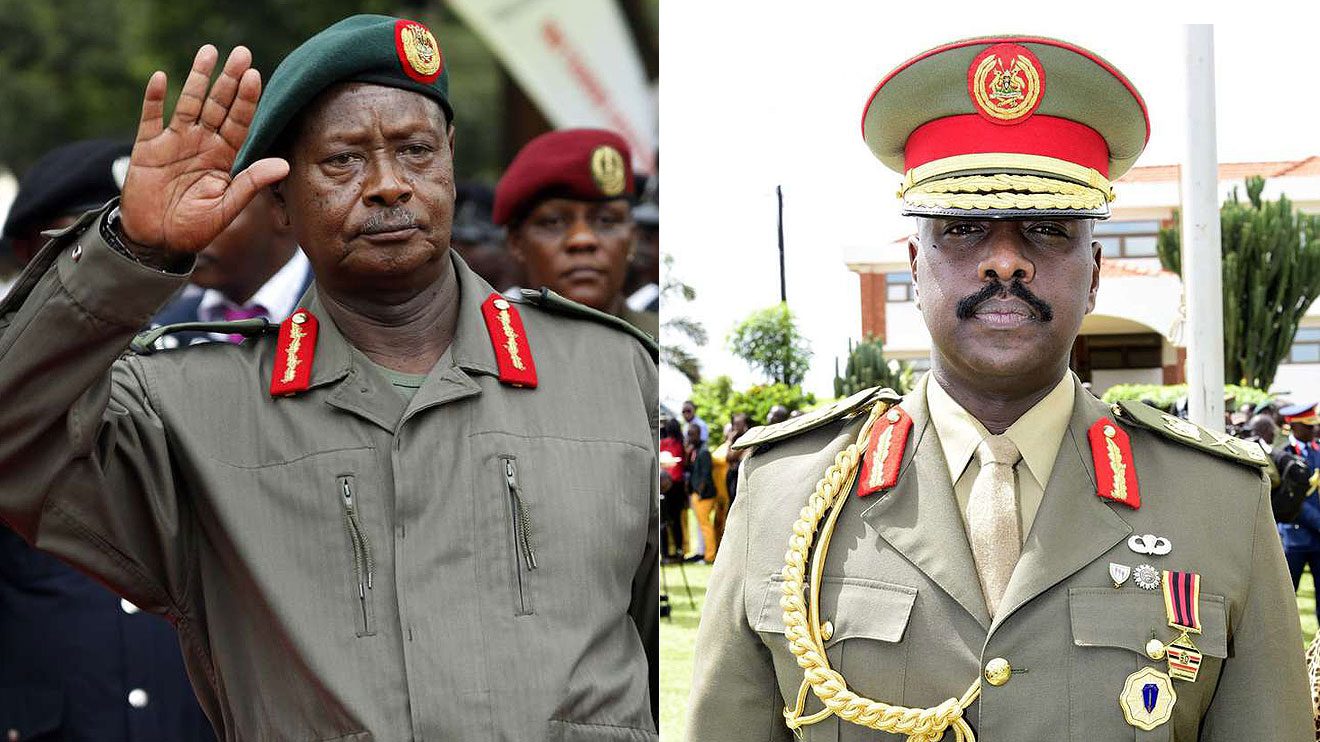 Uganda President Yoweri Museveni’s son Muhoozi Kainerugaba has publicly hit out at his father’s style of leadership, stating the ruling National Resistance Movement political outfit, which his father chairs ‘is not good for the country’.

The controversial Muhoozi, a General in the Ugandan army, is considered among the front runners to succeed his father who has ruled Uganda for the past three and a half decades.

He made the comments on Twitter, his favourite communication tool.

I am listening to the outcry of our people for change. I am with the people! Whatever NRM has become certainly does NOT represent the people of Uganda.

Museveni formed NRM moments after shooting his way to State House in 1986.

The party has successfully nominated him to run for the presidency on six occasions, including twice when the country’s constitution was changed to allow him to continue being in office.

But Muhoozi now says he does not believe in NRM.

I believe in Jesus Christ and I believe in my father, General @KagutaMuseveni. I certainly do not believe in NRM. In Marxist terms it is probably the most reactionary organisation in the country.

Muhoozi’s criticism comes even as NRM youth leaders recently endorsed President Museveni as their candidate in the 2026 presidential elections sparking disagreements in the northern region as some members asking him to take a break when his current five-year term ends.

Last month, a group of about 700 NRM youth assembled in Lira City and declared their support for Mr Museveni.

Muhoozi has declared intentions to run for presidency come 2026 saying he is the fit candidate for the position.

If he decides to seek the seat, he will likely contest against Robert Kyaluganyi aka Bobi Wine who had also shared his interests in being the next Ugandan president.