READ: Lady Calls off Marriage after her Fiancée Paid Close to N1m for Bride Price

Ez Ade claimed he only made the comment, “looking beautiful” but it didn’t sit well with his partner as she has called off their engagement. 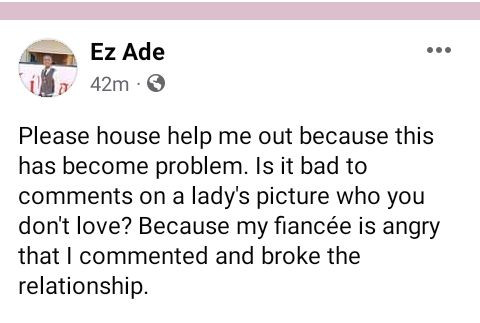 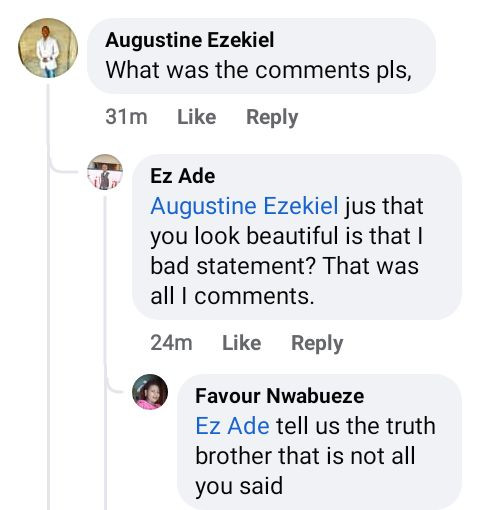