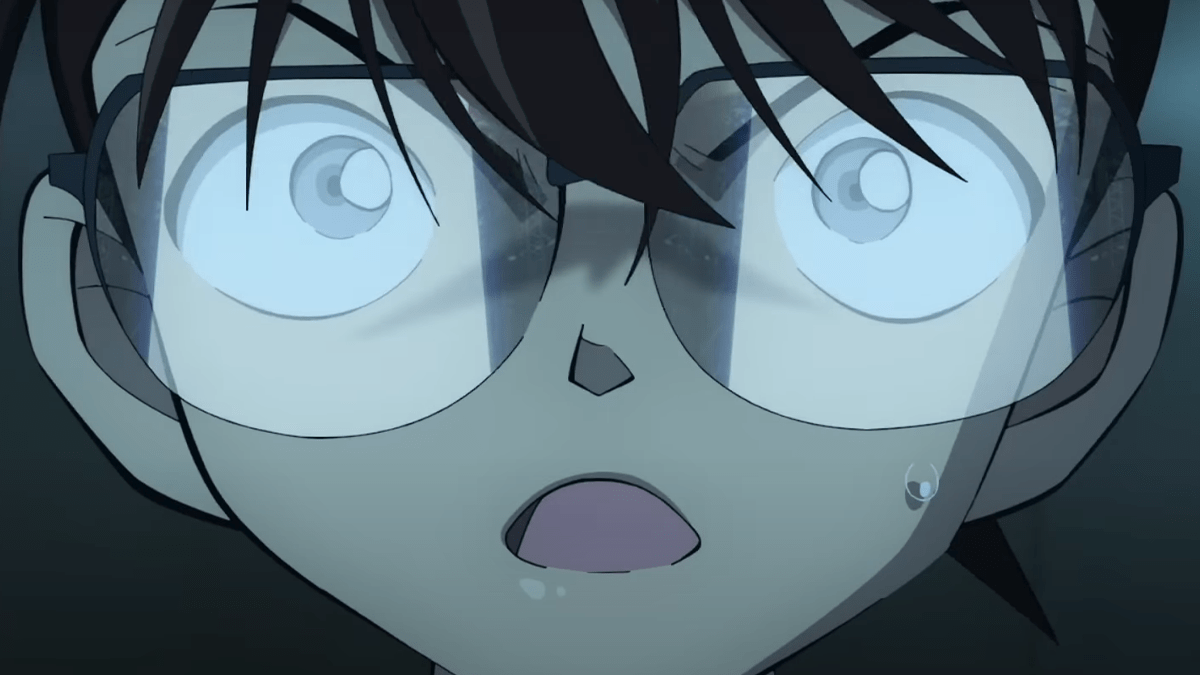 The new trailer teases a confrontation with Gin, a major Detective Conan antagonist and a fearsome member of the Black Organization

You can check out the Detective Conan: Iron Submarine trailer below:

“Conan and the Detective Boys visit Hachijo-jima at Sonoko’s invitation and receive a phone call from Subaru Okiya informing them that a Europol employee was murdered in Germany by the Black Organization’s Jin,” reads the film’s synopsis. “Conan, who is disquieted, sneaks into the facility and finds that a female engineer has been kidnapped by the Black Organization … ! Furthermore, a USB drive containing certain information in her possession ends up in the hands of the organization … A black shadow also creeps up on Ai Haibara.”

Detective Conan: Iron Submarine is set to premiere in Japan on April 14, 2023. It is being directed by Yuzuru Tachikawa, and its screenplay was written by Takeharu Sakurai. Yūgo Kanno is composing the film’s music.