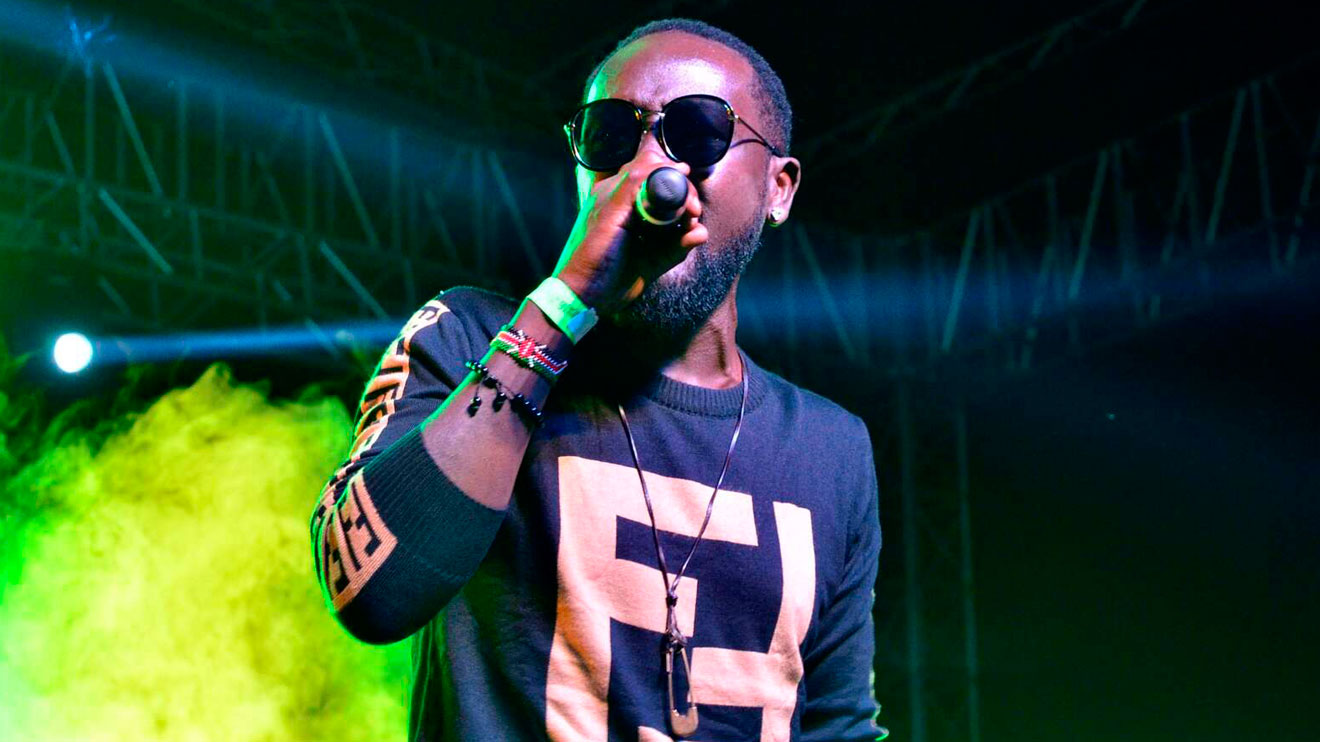 Big Pin performing on stage during the Ngoma Festival at Uhuru Gardens in Nairobi on October 28, 2018. PHOTO | FRANCIS NDERITU

Big Pin, whose real name is Chrispin Mwangale, said the festival, whose theme is ‘vibe of the city’, will create an environment where upcoming Kenyan artistes will have to showcase their talents and create an avenue for them to grow in their music career.

“It was thoughtful of the governor to announce the annual Nairobi Festival, a fun-filled fair to be held every December to display and celebrate the “vibe of the city”. This will greatly help the Kenyan music industry grow immensely,” Big Pin said.

He said the festival will also help Kenyans preserve their culture and unite creatives, noting that the internet has changed the Kenyan music industry and how people view music.

“Social media is everything. It has really influenced the music industry both positively and negatively. In the past, we used to depend on TV and radio to listen to our favorite tracks. But things have changed so much,” said Big Pin.

Speaking about his great energy on stage, Big Pin said that taking a lot of water and the peace of mind has greatly helped him in his music career.

“I take a lot of water. It gives me energy and keeps me fresh. I also love having a peace of mind and just doing my thing,” he said.

About his private life, the artiste revealed that he has never dated anyone whom he views as an employee.

“It is unprofessional to fall in love with someone you have employed. People should be able to separate work and love life. Give respect to the people you work with,” he said.

Also read: Marabou stork invasion: Sakaja explains why trees in the CBD are being pruned